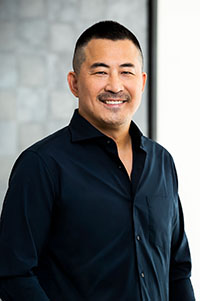 Osuke was a Principal and operation committee member at Globis Capital Partners, formerly Apax Globis Partners, a pre-eminent venture capital firm in Japan. Prior to Apax Globis Partners, Osuke held multiple positions at Mitsubishi Corporation, the largest trading house in the world. Here he led various initiatives, which involved operations management in the automotive sector as well as business planning and new business development for the CEO Office, Machinery Group. He established strategic alliances and joint ventures with partners across the globe and executed both strategic and venture investments.

Osuke was born in Japan and spent his childhood moving between Texas, California and Tokyo, which created the basis of his cultural flexibility and high tolerance to rapidly changing environments. Osuke enjoys practicing Judo and Kyokushin-Karate and holds the rank of black belt in both disciplines.

Grew up in Texas, California, and Tokyo and has been in involved in business in U.S. and Asia (Japan, Korea, China, SE Asia) for over 15 years

The Wharton School, University of Pennsylvania