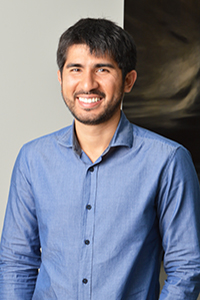 Ibrahim’s a venture capitalist by day, and engineer and quant by night. At DCM, Ibrahim focuses on investments in consumer and emerging tech, and is keen on meeting and partnering with ambitious founders solving some of the world’s hardest problems. Ibrahim has worked on the following DCM companies: Blockfolio (acquired by FTX), Careem (acquired by Uber), Origin (acquired by Stratasys), Amber Group, Cherry, Figure, Handshake, Moove, Nok Nok Labs, Provenance, Skylo Technologies, StreamNative and Theta Labs.

Prior to joining DCM, he was a Principal at Pear Ventures, a seed and pre-seed focused fund. Earlier still, Ibrahim worked in government strategy and policy consulting and helped manage a multi-billion dollar portfolio of state-owned enterprises.

Ibrahim holds an M.B.A. from Stanford's Graduate School of Business where he was a Siebel Scholar and Arjay Miller Scholar. He also holds an M.S. in Mechanical Engineering from Stanford where he conducted research in drone swarming, and a B.S. in Mechanical Engineering from Northwestern where he co-authored papers in aquatic locomotion and tribology. A native of both the UAE and Taiwan, Ibrahim is fluent in both Arabic and Mandarin Chinese.