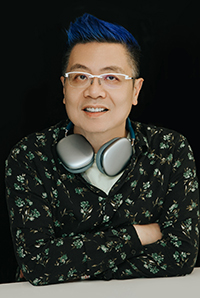 Prior to joining DCM, Hurst was a Co-Founder and COO of SINA Corporation (Nasdaq: SINA), the first Chinese Internet company to go public in the U.S. Hurst oversaw SINA’s global business development and M&A activities, and was heavily involved in the company’s day-to-day operations as well as major corporate transactions and pre-IPO funding. Prior to SINA, Hurst attended Stanford Graduate School of Business and spent several years in Silicon Valley working as a management consultant at Ernst and Young.

Hurst is an active member of Stanford and Dartmouth’s Alumni organizations in China. He is also actively involved in entrepreneur organizations such as AAMA and Cyzone. Hurst was voted VC of the Year in China in 2013 by Zero2IPO/China Venture Association for his investments in Vipshop and 58.com. He has been listed as one of the top venture capitalists in Asia and the U.S. by Forbes Magazine for several years in a row.