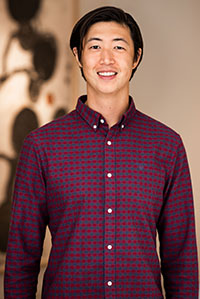 David is a strong believer in the power of a company’s narrative and is excited to work with talented entrepreneurs to discover those narratives. At DCM, David focuses on opportunities in Consumer, Fintech, and Digital Health. Having advised venture capital and hedge fund clients in the past as a management consultant, David looks forward to utilizing his experiences and knowledge in order to find great companies with powerful stories. David's current investments include Brigit, Breathwrk, EvenUp, Metafy.gg, Musely, Pawp, Plenty, Tempo, and Weekend Health. Other companies he has supported include AVA (acq. by DSM), Bill.com (NYSE: BILL), Musical.ly (acq. by Bytedance), SoFi (NASDAQ: SOFI), and X.ai (acq. by Bizzabo). David was named to the 2019 Forbes 30 Under 30 in Venture Capital.

Most recently, David worked as a management consultant at Accenture in New York City where he focused on strategy engagements for Venture Capital, Healthcare, Financial Services, and Technology clients. He was also recognized for co-authoring a firm-wide white paper regarding mobile payment industry trends and highlights. Prior to that, David spent time working at Streeteasy (Acquired by Zillow) and Citibank.

Born in the Bay Area, David spent periods of his formative years in Beijing before moving to the East Coast for college. Despite what may seem to be conflicting geographical allegiances, David is a die-hard Bay Area sports fan and proudly boasts that he was a Warriors fan during the dark days when Thunder was still the mascot. An avid traveler and airline mileage junkie, David recently traveled to Tibet where he experienced first-hand the mystical powers of Yak Butter Tea. An aspiring foodie and amateur chef, David was one of the first employees at New York City’s first Korean Taco Truck and is also actively involved in the Yelp Elite community.

Formerly of Accenture, Streeteasy (Acquired by Zillow), and Citibank

The Wharton School, The University of Pennsylvania M.B.A.