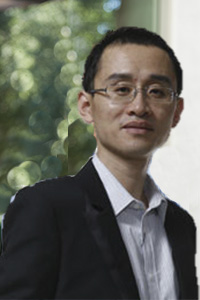 Binghao joined DCM as a Venture Partner in 2017. He hopes to utilize his almost 20 years of experience from Kaixin001.com and Sina.com to help more startup companies. His own experience is mainly in social networking, technology, and gaming, but he has broad interests in various startup companies.

Prior to DCM, Binghao founded kaixin001.com, a leading social networking and social game company in China, which developed the most popular social games, such as "Stolen Vegetables", "Parking War", etc. Prior to Kaixin001.com, Binghao served Sina.com (Nasdaq: SINA) for 9 years. He joined the company as a software developer, but eventually became the acting CTO. Binghao led the development of iAsk.com, the search engine of Sina, and was also the deputy general manager of Sina Wireless.

Binghao graduated from Beijing Nuclear Industry School. He majored in Nuclear Chemistry and Chemical Engineering, but found his passion was in computer software. He felt lucky to strive to become a junior programmer at the China Institute of Atomic Energy, which led his career into software and internet afterwards. Binghao was awarded the title of “China Top Financial and Intelligent Persons of the Year 2010” by Phoenix TV, and the title of “2009 China's Top 25 Entrepreneurs” by CYZONE. Although not a diligent writer, he shared the story on how he got 6-pack abs in his 40s on his WeChat public account.

Founder and CEO of kaixin001.com, acting CTO of Sina.com