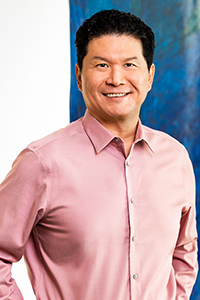 David is Co-Founder and General Partner at DCM. At DCM, he guides portfolio companies in formulating corporate and product marketing strategies, developing strong management teams and implementing domestic and international partnerships. David is the Chairman of 51job (Nasdaq: JOBS), the largest HR advertisement & outsourcing company in China. He is also responsible for the investments in 99Bill (Wanda Group), All About Japan, Inc. (JASDAQ: 2454), Careem (Uber), eDreams (ODIGEO), Fortinet (Nasdaq: FTNT), Kabu.com (TSE: 8703), Musical.ly (TikTok), Recourse Technologies (Symantec), Sling Media (EchoStar/Dish Networks), SMIC (NYSE: SMI), SoFi (Nasdaq: SOFI), StarFlyer, and UCloud among others. David also serves on the Advisory Board of Legend Capital in China and is a Trustee of The Thacher School. He has been listed as one of the top venture capitalists in Asia and the U.S. by Forbes Magazine since 2004 and was named to the Forbes Midas List Hall of Fame in 2016.

The lighter side of David: At the tender age of 13, David was recruited by a renowned Sumo-house in Japan but had the foresight to turn down the offer and fly to the United States and develop his mind instead of his girth. He then dropped out of Brown University’s 7-year medical school program due to excessive vomiting induced by cadavers. Despite his achievement of playing more rounds of golf than any other student in his Stanford Business School class, David had to give up his dream of joining the PGA and resort to being a fanatical food lover, car collector, and a gadget junky.

Will travel anywhere to back great entrepreneurs

Co-Founder of JCI and DCM