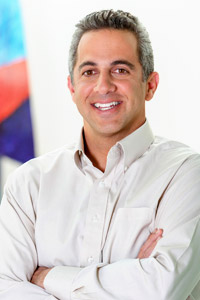 Prior to Sling Media, Jason was a Partner at id8 Group where he advised leading global brands on product and business strategy focusing on digital media and mobile device platforms. Jason also spent several years at BCG where he advised Fortune 500 clients in the retail, automotive, and utilities sectors.

Jason and his wife are proud alumni of UC Berkeley, and are avid Bears fans. At Berkeley, Jason swam on the nationally-ranked swim team. Jason enjoyed a trip to the 2012 Summer Olympics in London, where he cheered-on his brother Adam who coached the USA Women’s Water Polo Team to the Gold Medal.

University of Virginia
M.B.A. and J.D.